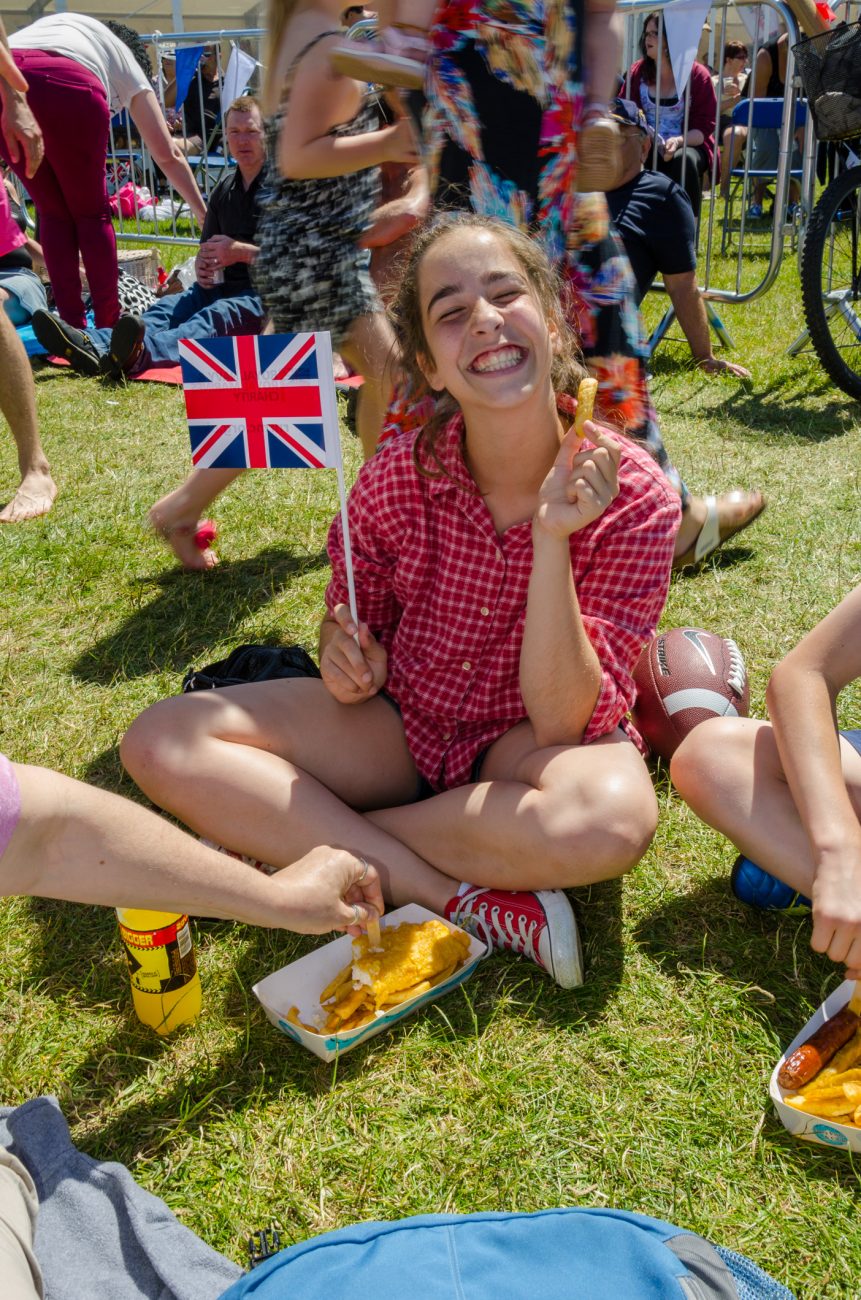 Gail organized a trip to the common to take part in some of the weekend’s D-Day celebrations. We enjoyed an afternoon of forties music, British food, sunshine and people watching.

Gail was having some problems though. She was getting all worked up about the evening’s forthcoming meal, because it was the first time we’d be meeting her parents. I could only chuckle and enjoy her discomfiture. We were not in the least bit worried. The meal had taken on a life of its own: initially a small family affair, it had grown until there were over twenty people expected. It was good to have so many people turnout, but it was too many people to have a decent chat with each of them. I did enjoy talking with Gail’s parents, I have no idea what she was so worried about.

There’s a band there somewhere

I also had a meal here on May 22, 2008. It doesn’t look like the furniture’s been changed since then.

Similar posts on Breakfast in America