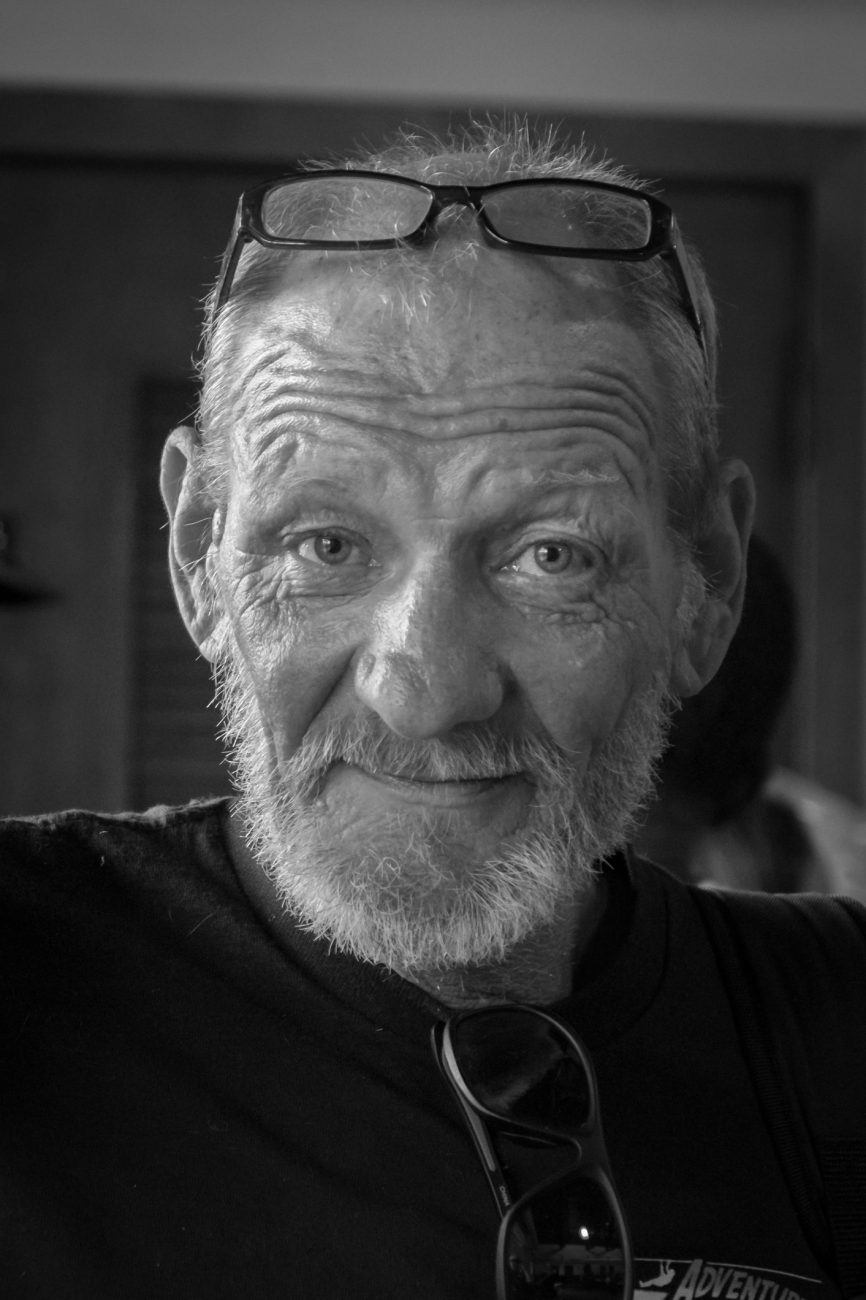 This was supposed to be a picture of two people, but this startling portrait was begging to be cropped out of the original image.

I visited Christ Episcopal Church in Springfield to take some pictures at a community dinner they were holding. Terry asked me to take his picture with Marilyn, one of the Christ Church volunteers. As often happens (when I take pictures anyway), hastily grabbed pictures don’t turn out. Someone turns, or blinks, or just pulls a strange face. There’s a good reason why I tend to take a lot of pictures when people and groups are involved; pixels are cheap and easy to sweep up off the editing room floor. And so it turned out this time. Marilyn turned as I took the picture, and she was too busy to try for a second shot (Over 180 meals were served during the evening). When I checked the pictures back home, I was glad that I positioned them where the fairly harsh window-light was filling in frame left, it really makes the picture – along with Terry’s very intense look.

Unfortunately I know nothing about Terry, except his name and the fact that he helped clear away tables and chairs at the end of the evening.