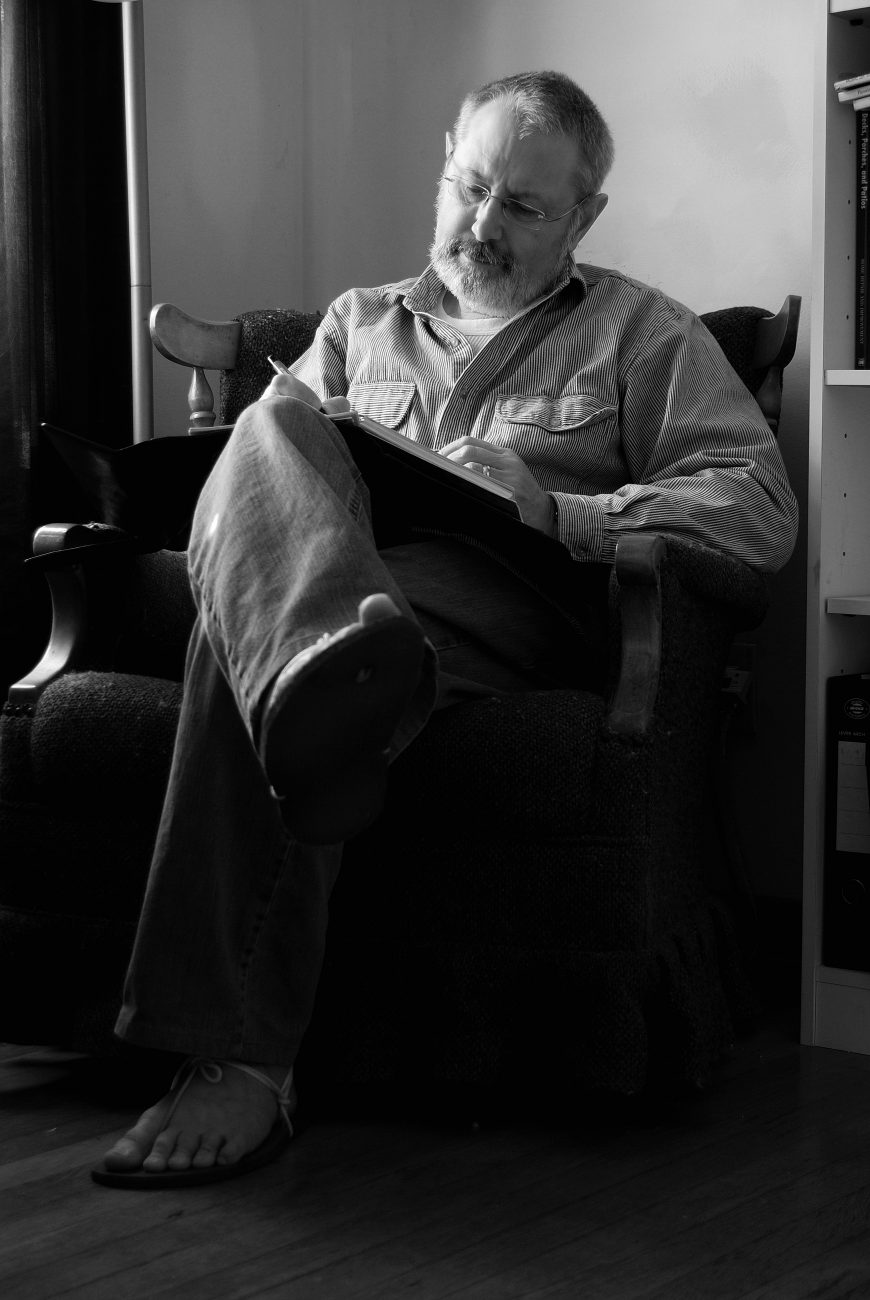 Well that’s what my Facebook status read this morning. If the school district thinks it’s okay to travel in on fresh snow laying on ice and -7°F temperatures, then I don’t see the logic of calling a snow day yesterday. Oh well.

I got to the gas station with a ‘distance until empty’ of just four miles, though apparently it still had a couple of gallons to spare. -22°C is the coldest temperature I have encountered so far. I’m not sure I want to break that particular record.

I spent the day catching up on my studies, which is where today’s picture comes in.

Ginger had some trouble starting the van this afternoon, seems the starter pre-engage solenoid wasn’t working properly. As the temperature in the garage had dropped to 2°F I’m hoping it was just the cold making it stick. I’ll have to find out where it’s located as often a good hard thump will release the solenoid when it jams. I don’t like the idea of it jamming when we’re parked out in the wilderness somewhere.

I’ve got my EFM tutorial tonight, that’ll be a good test, we’ll see how the van copes with being left parked outside Church this evening.

I spent a little bit more time setting up my shot today. I put a diffuser in the window to soften the harsh sunlight, and I put a reflector frame right to fill in the shadows slightly. My Nikon is still refusing to autofocus when using the remote shutter release. It suddenly stopped working shortly after January 24. I had to put a cushion where I was going to sit and set up the focus on that. Which shows that the autofocus is working,  just not when I use the remote. Odd. I guess some time on the Nikon technical support site is called for. I’ve tried resetting the camera back to factory settings. It didn’t make any difference.

This morning’s alternate shot at the gas station