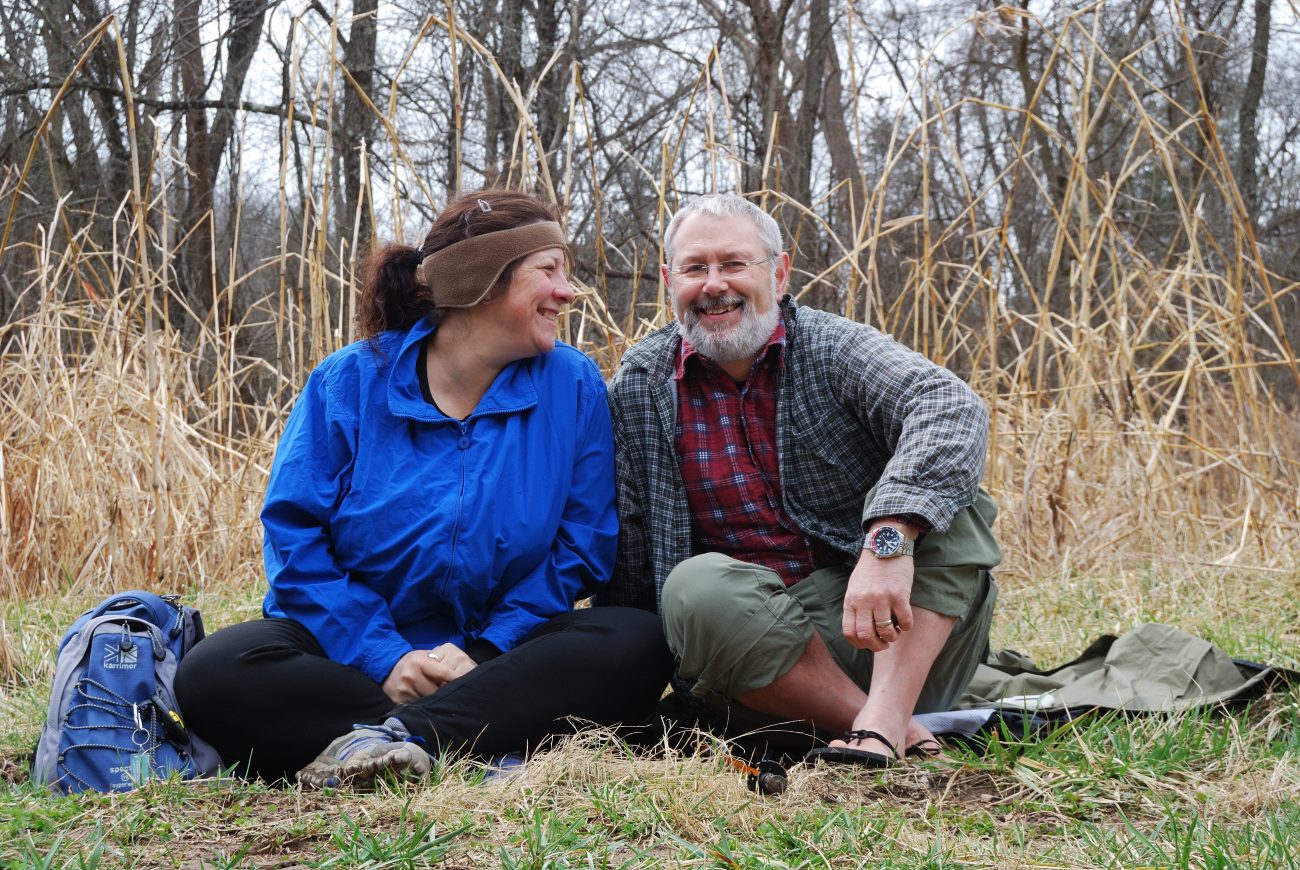 Today we went on a re-run of last week’s hike at Busiek.

We wanted to do some gear testing; Ginger had made some adjustments to her shoes and I wanted to try out my huaraches. We’d made up the day hike packing list, so nothing, including checking the calendar was forgotten! We had a good hike and got round the 5.75 miles (15,500 steps according to my pedometer) in about the same time as last week, even though this time Ginger elected to remove her shoes for the creek crossings; about six in total. With the huaraches I could just walk straight through. The trekking poles (forgotten last week) worked really well and seemed to speed us through some of the wetter and more rugged patches.

My huaraches were fine generally, but they didn’t work very well when climbing up steep wet trails, the foot-bed got very slippery, and while my feet didn’t come out of them, it wasn’t very comfortable either. We’ve some ideas for changing the material of the foot-bed that might help. I was surprised that my feet stayed warm except when crossing the creeks. The temperature today was around 46°F (8°C), it might look a lot warmer in this picture but I’m wearing a base layer and took my hat off. I’ve learned via a lot of post processing that wearing a hat for these pictures can cast quite a shadow, so, when I remember, I take it off.

While on the trail I took a picture of an abandoned liquid nitrogen tank which at some point was a railroad truck. We’ve worked this out from some faint markings on the outside. There are two of them, the ends have been cut off, and one has come to rest in Camp Creek. We can’t find any records of a railroad going through here. The tanks are very big and we’ve no idea how they came to be stuck out here in the middle of nowhere.

Back at the parking lot we took advantage of the shooting range being closed to have a look around. The fact that it was considered necessary to put up a ‘No shooting at Post’ sign was vaguely amusing, but unfortunately they need another sign saying ‘No shooting at trash cans’ as well

I took today’s picture of Ginger and I after our first crossing of Camp Creek while we stopped for lunch.