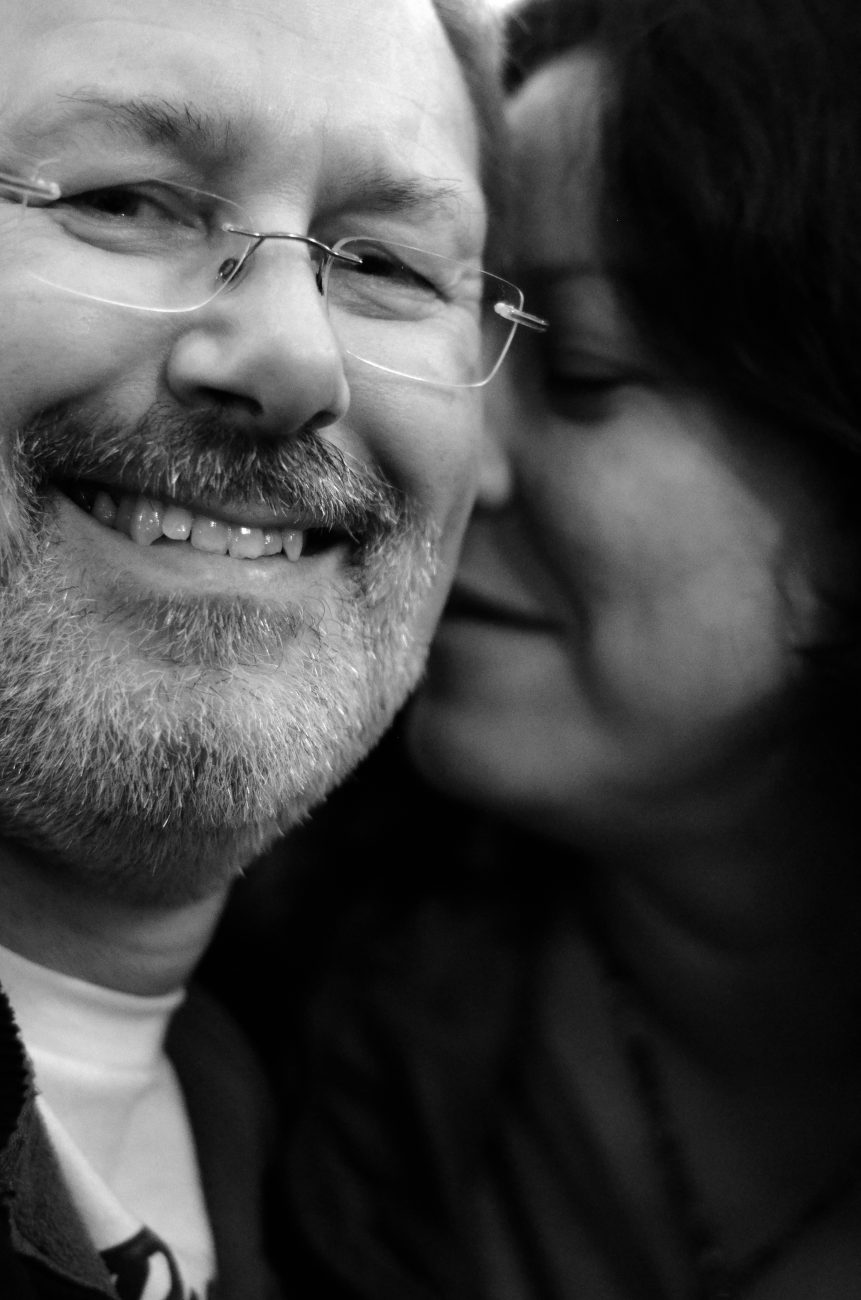 This morning we went shopping with Ian and Marcelle. Ginger was impressed by the clothes at the M&S outlet store (“They actually fit!”), I found a Krispy Kreme doughnut shop (no I did not buy any). The afternoon was spent shopping for a new lens for my camera. I decided that it might be time to invest in a prime lens. I found a reasonably priced 50mm f1.8 lens which will make an excellent portrait lens, though at an 35mm equivalent of around 75mm it’ll be a bit ‘long’ for general use – but better than nothing, I’ll just have to move back to frame my shots.

I also tried to book our hotels in London, only to find I’d forgotten to take into account the ‘Wimbledon effect’. Hotel rooms that were £90 on Tuesday, shot up to £250 on Wednesday. We decided it would be more economically viable to travel up and down than stay up there. Especially considering the additional expense of buying another lens and getting the supplied kit lens fixed.

In the evening we took Robert and Mel out to dinner and our the first curry of this trip. Which was when I took today’s self-portrait and the pictures of Robert and Mel (some are taken by Ginger).

I knew taking a new camera on vacation would be a gamble; I didn’t find out how much until a lot later.

I’d carried the camera’s manual onto the ‘plane as part of my hand luggage so I could read it and play with the camera on the flight to the UK. Those plans were dashed when the lens broke. So I had to wing it. I went through some basic setting up – I knew what to do from using the D40X, but I wasn’t ready for the impact of all the extra buttons and dials. Stumbling around the controls I must have accidentally changed the white balance without noticing it. The net result was that I spent nine days taking pictures with the white balance set to ‘cool white fluorescent’. Initially, I thought the pale colours were a combination of the unfamiliar camera’s display and the sensor, it was only after a set of pictures taken in full sunlight came out all blue that it dawned on me that something must be wrong.

Hindsight tells me I should have just put the camera onto ‘full Auto’ for the entire trip.

Obviously I wasn’t thinking straight – still jet-lagged I guess, as I also forgot to clean the sensor. It had spent 24 hours with the lens opening covered only in a bandanna, so there were some huge pieces of dirt in the pictures, most of which I have had to painstakingly edit out.

The final straw has been some focusing problems. This camera has the same issues focusing when using the remote that my D40X has. The only problem is I didn’t find it out until much later, leaving me with out-of-focus pictures as my only daily shots.

Back home after the trip, an Internet search turned up an interesting theory regarding this problem. It contradicts the Nikon manual but makes perfect sense. Essentially, for the camera to autofocus when using the remote control you must not pre-focus the camera by half-pressing the shutter button. As I generally use my cameras in manual I always half-press the shutter to set up the exposure (this also saves me from having to cover the eyepiece, which may be another contributory factor) – d’oh! In future I’ll set the exposure, then flip the camera off and back on again to reset it. I hope this gets around the problems I’ve been having. However, it’s too late for all the remote shutter release pictures I took on vacation. So that explains some excessive use of the high pass and unsharp filters in some pictures, as I struggle to get some sort of reasonable picture.